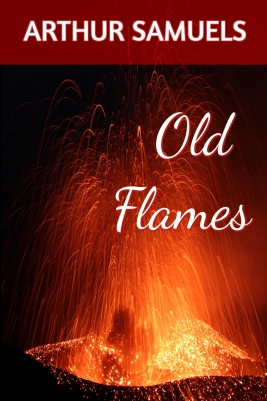 “The setting is 70 years ago but the narrative still manages to be be deeply personal and relevant. Hazing and bullying are sadly still as prevalent in even the most elite schools today, and this story does a wonderful job of bringing these issues and cycle of destruction that follows to light.” – Amazon 5-Star Review

Gus is blessed with family wealth and opportunity. His father and grandfather produce boots for the U.S. military. “Everyone wore Gordon boots — from the newest recruits to the most senior officers in the United States Army and Marine Corps. Gordon boots carried the mystique of Prussian militarism; the smell of victory in soft, thick black leather.” His father’s exploits in the First World War “made even the most arrogant look like failures.”

Prep school, by contrast, becomes a daily fight for survival. Bullies set his room on fire, and finally, the vicious attack – the point of no return for an innocent young man. His father hires a Serbian boxer – a former para-military killer – to toughen up his son. Slobodan forces Gus to “carry thirty pounds of rocks in a sack on my back at all times. Later the weight would increase. Even while sitting I would be forced bear the weight of the rocks.” Gus is transformed into a decorated “flame throwing” Marine. But war medals cannot erase the childhood trauma, nor the pain he inflicted as a result. Hoping to mend deep emotional wounds, Gus seeks redemption in love from an otherwise “perfect” woman who cannot provide it.

Teenagers who suffer from bullying or hazing must read this book. Parental wealth does not protect teens behind private school or prep school walls. The slide into a life of pain and betrayal begins with one treacherous act. Superficial investigations and apologies only add fuel to the flames.

Teens thirsting for books about war must read this book. Pro-war, Gus slowly realizes how combat destroys those who survive. “How did I ever get so wound up and passionate about such a terrible weapon? The more I tried not to think about it, the more the images haunted me. Unlike Henry, I didn’t have Jesus to forgive me for my sins. I had to block the bad thoughts out of my mind and endure my mood swings.”

Old Flames paints the daily life of a Jewish family so assimilated among New York’s Christian elite in the early 1940s that their Jewish heritage is never mentioned, let alone discussed – even as the Nazis march to power. “How much do folks back home know about the camps?” Pappy scoured, “I insist that we do not discuss that topic.” The author lifts the shades on a period of Jewish history lost to the embers of time.