You are here: Home / General / Father’s Day: Honoring Dad | Dad was a Ruby – An American Treasure.

My Dad was a Ruby.

He was a gentle, quiet, wise and a truly righteous human being – devoted to family and friends.

I never heard him utter a foolish remark.

To act fairly at all times was his core belief. To do otherwise was against his nature. If he owed a nickle, he would return it. He abhorred dishonesty.

If he were alive today, I suspect he would be heart-sick. Nothing in his experience would have prepared him for such widespread political and economic corruption, profound waste and blatant falsehoods delivered daily by elected leaders. It just wouldn’t make sense.

A trillion or two for healthcare? My Dad never suffered a single major physical ailment.  He viewed pills and vitamins with suspicion. In his sixties and beyond, he arose daily at 4:30 a.m., rode a stationary bike for 20 minutes, plunged into the condo pool and swam for 30-40 minutes (counting laps), showered and then took an early morning walk. At 5:00 p.m., he took a second walk.  He never held a grudge or expressed envy for someone who had more.  He was grateful for life. This was his total health care plan.

My Dad took care of friends and neighbors in small ways that mattered a great deal.  Fellow students wrote in annual yearbooks how they turned to him for help with their studies. He was known as the best Board treasurer and most effective Board member in the history of his condo. Unit owners trusted his judgment and his integrity. He served as volunteer treasurer for 10 years.

After the loss of his wife, he volunteered at the local Community Center. The Center honored him as one of the best volunteers of the year. He taught himself Spanish in his eighties so that he could mentor young Hispanic children.

Though few could see it, he was highly emotional and deeply sentimental. Tears would often well up in his eyes when speaking about topics of the heart – his wife and children. When my mother’s health began to fail, he took full responsibility for her care. She was the jewel of his life.

Dad was the ultimate non-consumer. I never once heard him wish for any “thing” for himself. We delighted in buying him gifts for Father’s Day or birthdays, because we knew that he would never buy himself a gift.  He loved those personal gifts so much – a robe, slippers, a tie – that he refused to part with them – ever.

He had the crisp wit of a seasoned Hollywood writer. Even when memory was failing him, he remembered how to turn a phrase. He made me laugh to the very end.

Dad loved the smell of freshly brewed coffee, classical music, history, books and chocolate chip cookies.  The high life held no special appeal. He was too busy delighting in small pleasures and in the power of his mind. He mastered the computer near the end of his life because he knew he could.

Dad believed in hope. During the toughest of times he would say, “Don’t worry, tomorrow will be a better day.”  Choking back sorrow, I asked him, “How will I know that you’re still with me when you’re gone?” He responded, “I will be watching you from rainbows and shooting stars.”

My Dad taught me that right is might, your word is gold, love is all, and that humor heals the soul. My Dad was a Ruby, an authentic American treasure.

Condo Mold Debuts at #1 on Amazon in Practical Guides to Real Estate! Condo Owners: What are … END_OF_DOCUMENT_TOKEN_TO_BE_REPLACED

How to Defend Your Condo Rights/HOA Rights. How to fight back when your HOA Board turns your life … END_OF_DOCUMENT_TOKEN_TO_BE_REPLACED

How Charging Owners to Rent Their Units Can Reduce Burdens & Costs. Do irresponsible renters … END_OF_DOCUMENT_TOKEN_TO_BE_REPLACED

Condo Board Recall: 10 Steps to a Successful Board Recall Authored by homeowners association … END_OF_DOCUMENT_TOKEN_TO_BE_REPLACED

Discover how condominium association & HOA board elections SHOULD be conducted. When others … END_OF_DOCUMENT_TOKEN_TO_BE_REPLACED 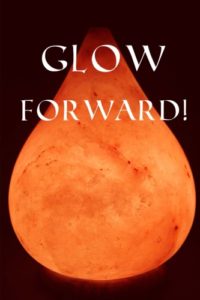